Damp walls take a long time to dry out, and their increased thermal conductivity during this period leads to higher energy consumption. The drying rate is influenced not only by the type of masonry but also by the type of thermal insulation and the presence of interior wall coverings such as ceramic tiles. To obtain more detailed information on the drying behavior of exterior walls and the factors in play, researchers at Fraunhofer IBP have built models of various wall structures with different types of insulation and tested them under real conditions. Given that, in the worst case, the drying process can take more than ten years, the measurements were accompanied by long-term hygrothermal simulations.

The reference case used in these tests to determine residual humidity was a newly-constructed wall made of sand-lime bricks 24 cm thick and an exterior composite thermal insulation system consisting of mineral fibers and expanded polystyrene (EPS). An extreme case was also tested using a wall built of waterlogged cellular concrete blocks 30 cm thick with an exterior composite thermal insulation system composed of mineral fibers combined with EPS and extruded polystyrene (XPS), as well as a range of exterior plasters. To simulate renovation projects, tests were performed on a weathered, 40 cm-thick solid brick wall with an exterior thermal insulation system made of mineral fibers and EPS.  All outer walls were tested in the open air under real weather conditions. Drilled core samples were taken to determine the moisture content of the various experimental structures. Hygrothermal simulations were used to extrapolate data from the moisture content measured in the different masonry structures. Based on this data, the researchers were able to predict long-term drying patterns.

The moisture profiles showed that walls insulated with EPS tend to dry from the outside in, whereas walls insulated with mineral wool also transport a large proportion of their trapped moisture from the inside to the outside environment. All in all, walls insulated with mineral fiber-based products dried out within 18 months, whereas walls insulated with EPS took twice as long. During the drying phase, heat loss through the building fabric is higher not only due to increased thermal conductivity but also because rooms need to be aired more frequently to remove the excess moisture in newly-built walls. In the case of sand-lime brickwork, which has poorer insulation properties, the residual moisture resulted in a five percent increase in the U-value in the first year after construction. By contrast, walls made of lightweight porous bricks with a composite thermal insulation system lose 25 percent of their thermal efficiency in the first year.

Here you will find project reports and publications on this project which is briefly presented here (only German): 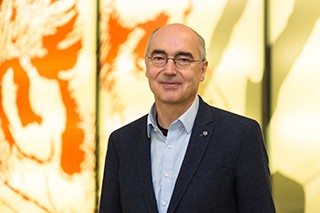