That buildings used to be constructed differently in earlier times is still recognizable today, for example when comparing heating energy consumption. It is by no means the case that older buildings automatically use more energy than recently built ones: for instance, some detached houses that were built more than 80 years ago perform better than buildings raised between 1949 and 1957.

In terms of energy consumption, however, old buildings generally hold the largest potential for improvement. Approximately 29 million out of the estimated total of 34 million flats in Germany are older than 25 years. Of these, only about five million flats have been modernized to comply with state-of-the-art technology. Conversely, this means that about 24 million flats in Germany are presently in need of rehabilitation. In view of this situation it becomes quite clear that retrofitting existing buildings opens up a wide range of possibilities for energy saving.

There are many approaches for reducing the energy consumption of existing or old buildings. When considering appropriate measures for a specific building, however, the actual choice depends on various factors: for instance, age and condition of the building structure, type of heating system or if other renovation or repair work has been envisaged. Every building owner who wants to avoid unnecessary costs should consult independent experts, particularly in the early stages of high-investment renovation projects.

In the scope of many renovation projects that were accompanied by our experts, they have developed different concepts which were applied to exemplary type buildings. During a subsequent monitoring period, these implemented concepts were assessed by measurements. In the initial phase, we additionally »quality-controlled« the assessments prepared under the federal German funding program »On-site energy consultancy« with regard to their technical content. This project was aimed at ensuring the high quality standard of this funding program, and to protect consumers by preventing them from false expectations.

The aim of the project was to improve the building energy performance of this residential estate and to achieve a primary energy demand that should undershoot (by at least 50 percent) the acceptable demand specified for a new building.

School of the Future

School of the Future

Normally, school buildings have high heating energy requirements. For this project the accompanying research of the IBP has evaluated twelve energy efficient schools.

The project aimed to raise the market share of renovation measures with a view to increasing energy efficiency and promoting the use of renewable energy.

The main outcome of the project is the “IT Toolkit for Energy Efficient Retrofit Measures”, a collection of software support tools. 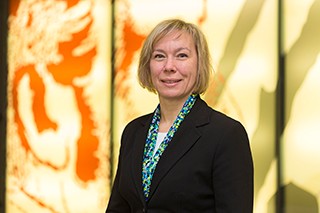