Gypsum is found in walls, ceilings and floors of buildings, and in considerable quantities. Even today, gypsum makes up to ten percent of the building fabric in Germany; after all, the material is easy to work with. However, it also has a serious disadvantage in terms of recycling. This is because gypsum is chemically speaking nothing other than calcium sulfate dihydrate - in other words, a sulfate. And this is precisely what causes problems when it comes to recycling building rubble.

In the ENSUBA project, scientists at Fraunhofer IBP are therefore developing a technique to extract sulfate from building rubble. Instead of ending up in landfills untreated and posing a groundwater hazard, building rubble could be disposed of more easily and in a more environmentally friendly manner, or even be recycled. The aim of the scientists is to develop a process on a laboratory scale.

It is based on an exchange reaction between gypsum and ammonium carbonate, in which the gypsum in the solid matter is replaced by calcite. The resulting ammonium sulfate remains in solution and can be separated in the liquid phase by adding calcite, causing it to precipitate again as pure gypsum. The researchers started off by examining the base materials with powder X-ray diffraction and X-ray fluorescence analysis. For the leaching tests, they used a vibrating sorting table. After a reaction time of 24 hours, they filtered the liquid to separate solids from the liquid phase and prepared the various phases for further analysis. Chemical analysis of the fractions revealed that most of the sulfate phases could be removed from both mortar and aerated concrete. The aerated concrete still contained a residual quantity of sulfate of 0.5 to 1 mass %, while the mortar samples contained 0.8 to 1.4 mass %. The scientists were also able to recover large quantities of gypsum. The gypsum yield through recrystallization from the liquid phase was between 75 and 87 percent, depending on the building material concerned. In a further step, the research groups used scanning electron microscopy to determine the crystal morphology of the products.

The bottom line: ammonium carbonate can be used to process building materials containing sulfate in such a way that a large proportion of the chemically-bound sulfate phases can be removed from the building rubble. The method developed here also allows pure gypsum to be recovered. 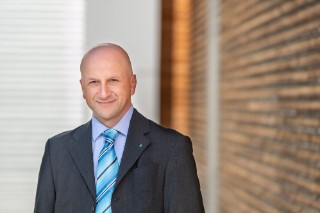