Installing interior insulation is often the only way to improve heat conservation when renovating older buildings. From a building physics perspective, however, the Central European climate is such that internal insulation is usually less desirable than external as far as thermal bridges (heat loss), condensation and drying potential are concerned. This makes careful planning and execution essential for anyone wanting to install interior insulation that is going to last. An article in the WTA Journal 4/04 about renovating older buildings with internal insulation to make them more energy efficient examines the hygrothermal behavior of various internal insulation materials without built-in vapor barriers. The study compares moisture buildup on the reverse side of the insulating layer. Where structural protection against driving rain was already in place, this resulted in conditions conducive to condensation in fiber insulation (e.g. cellulose fiber or mineral wool) over varying lengths of time during the winter. The author therefore advises against using these materials in the absence of a vapor barrier.

However, an article on moisture protection solutions that appeared in Passivhaus’ Research Group Volume No. 32 (2005) comes to a completely different conclusion. This article states that each type of cellulose fiber insulation without vapor barrier tested achieved a maximum relative moisture level of 80 percent on the cold side of the insulation. In contrast, the maximum values for mineral wool insulation with a variable vapor barrier were markedly higher, with relative moisture levels of up to 98 percent. According to these results, the moisture behavior of cellulose fiber insulation without a vapor barrier is far better than internal insulation using mineral wool and an additional variable vapor barrier. Since these contradictory findings consistently cause construction companies and planners to seek clarification, the various designs and recommendations are examined below in more detail.

In the article published in Passivhaus, different internal insulation systems were modeled using the DELPHIN simulation program and analyzed with regard to the relative moisture on the original interior surface of the existing wall.

The following tests were conducted using hygrothermal simulations run with WUFI®, a model developed at Fraunhofer IBP. In keeping with the examples cited in the Passivhaus publication, the results were calculated for a 30 cm-thick solid brick wall constructed with lime‑cement mortar on the outside and lime mortar on the inside. The following interior insulation materials were tested: three samples of cellulose fiber insulation (each 8 cm thick) without an additional vapor barrier, and three samples of mineral wool insulation (each 8 cm thick) with a moisture-variable vapor barrier.

The tests were performed on an exterior westward-facing wall at the IBP branch in Holzkirchen. Exterior mortar was applied, once in an absorbent form, and once as a water-repellent version (w = 0.5 kg/m²√h), in compliance with DIN 4108-3. To reflect the conditions found in areas not exposed to driving rain, results were also calculated without including driving rain as a factor. The calculations started in October and covered a five-year period.

The Passivhaus article cites the same fluctuations in relative moisture between the lime mortar and internal insulation as those calculated for the fifth year of the simulation (striped areas in Figures 1-3). The results of the new tests were plotted to show fluctuations in relative humidity in the same place over the entire test period. Diagram 1 shows the results of the calculations with rain and absorbent mortar. At the end of the test period, all six types of insulation exhibited very high relative moisture levels between 97 and 99 percent. While the Passivhaus article forecast similarly high relative moisture levels for mineral wool insulation under the same conditions, their reported values for cellulose fiber insulation were too low (maximum value was too low by 19 percent, minimum by 42 percent).

Diagram 2 displays the results of the calculation with water-repellent exterior mortar. Relative humidity climbed slowly but steadily over the five-year period. The cellulose fiber samples exhibited a maximum value of 93 percent in the fifth year, 15 percent higher than the maximum reported in the Passivhaus article. The calculated minimum value of 77 percent is 24 percent above the value stated in Passivhaus. Relative moisture in the mineral wool samples also rose consistently, reaching values of between 87 and 90 percent in the fifth year. In this case, the calculated relative moisture was found to lie within the range of fluctuations stated in the Passivhaus article, although the calculated amplitude was much smaller.

In the calculation without rain (Figure 3), relative moisture levels with the cellulose fiber insulation fluctuated between 68 and 92 percent - i.e. both the maximum and minimum values are above those cited in the Passivhaus article (14 percent and 15 percent higher, respectively) for the scenario with rain and water-repellent mortar. The fluctuations in samples with mineral wool and a vapor barrier were recorded as being between 73 and 80 percent, much narrower than the range given in the Passivhaus article (between 53 and 78 percent).

In contrast to the major difference between the two kinds of fiber insulation that was cited in the Passivhaus article, these tests reveal that, overall, walls insulated on the inside with cellulose fiber insulation (without a moisture-variable vapor barrier) and mineral wool insulation (with a moisture-variable vapor barrier) exhibit similar hygrothermal behavior. If large volumes of moisture from precipitation penetrate the interior, the absorptive properties of cellulose can help curtail moisture peaks. However, other problems may arise if protection against driving rain is inadequate, such as poor durability, frost damage or increased heat loss in the damp materials. If the moisture enters the material primarily through diffusion from the interior, the variants with mineral wool fiber and vapor barrier are more effective. 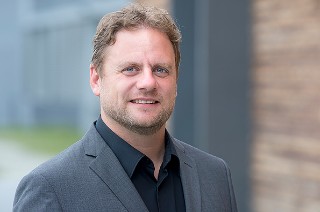