WUFI®  Passive as a standard tool

Passive houses can still work even if it is warm and humid outside, but this calls for adapted tools and project planning. Up till now, passive houses in the United States have been certified according to PHIUS+. This standard is largely equivalent to the German passive house standard, where cost-effectiveness is based on the calculation that higher expenditure for measures such as insulation is more than offset by dispensing with an expensive water-controlled heating system and by reduced energy needs. In the United States, however, these savings are less pronounced: for one, because homes tend to have much cheaper air heating and cooling systems, and for another, fossil fuels cost significantly less than in Europe.

Nevertheless, the use of passive building principles offers many more advantages besides lower energy consumption. It can reduce the effect of daytime climate fluctuations that are much greater in some parts of the U.S. than in Central Europe, with the result that the indoor climate stays pleasant all year round. Even under extreme weather conditions, which can sometimes lead to power blackouts lasting several days, the building does not suffer any damage.

If we look at previous projects that have been certified in the U.S., the following can be seen: to translate the passive house standard cost effectively, the stipulations contained therein must be adapted to the respective climates. Fraunhofer IBP’s Hygrothermal Building Analysis working group assisted the North American passive house institute PHIUS in two ways: the researchers helped develop a climate-adapted passive house standard and also implemented it in the established building simulation software, WUFI® Passive.

One software for many tasks

First launched in 2012, the original version of WUFI® Passive was already the product of collaboration between Fraunhofer IBP and PHIUS. The goal of the collaboration was to develop a planning package adapted to the needs and requirements of the American passive house community. In contrast to the moderate climate in Central Europe, the warm and humid climate that prevails in some regions of the United States makes it necessary to cool and dehumidify the room air. This throws up a series of moisture engineering issues that standard monthly balance-based energy assessments are unable to solve adequately. In the first version of the software, the researchers had already taken this factor into consideration. The software allows the user not only to design and certify the energy layout of the building in the planning phase, but also to view the individual components and the building as a whole in terms of hygrothermal dynamics. This makes it possible to ensure over the long term that the right hygiene conditions are in place, that the building is free from damage, and that its residents will be able to live in it comfortably.

As the next step, the working group helped PHIUS develop a climate-adapted passive house standard that also takes into account the different building traditions in the United States: the PHIUS+ 2015 standard. The background to this move was as follows: as a result of the stipulations in the original passive house standard, it was very difficult to employ energy-saving building styles cost effectively in many regions, which led to buildings with uncomfortable living conditions in some cases. As a result, the standard struggled to gain acceptance. In response, the researchers sought to define standards that achieved ambitious reductions in energy consumption and CO2 emissions but were also cost effective. To do this, they calculated climate-dependent limit values for more than a hundred locations, covering aspects such as annual heating and cooling requirements or peak heating and cooling loads. They then integrated the technique into WUFI® Passive.

As a result, Fraunhofer IBP’s software is currently the standard tool for designing and certifying passive house projects in the United States.

In addition to the full version, there is now also a free version called WUFI® Passive Free. It has proved very popular, attracting over 500 new users in less than six months. The free version allows users to design and certify all aspects of a project. However, it is only possible to simulate the hygrothermal dynamics in the full version.

Now the working group wants to bring its American experience to bear on the development of passive buildings in China, helping its partners there develop guidelines and standards that are adapted to the local climate and usage behavior. 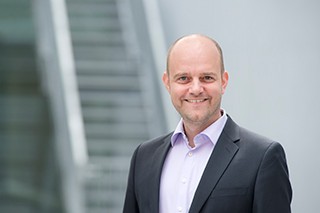