Anyone who has ever sat near the door during a flight will know that the air around their feet is unpleasantly cold. This is caused by a thermal bridge created at the aircraft door. The same problem arises in the galley area. But how can this be changed? This was investigated by researchers from Fraunhofer IBP in the joint project “KASI” (energy-efficient cabin systems and interiors), which is part of the aviation research program funded by the German Federal Ministry of Economic Affairs and Energy (BMWi).

The principle: the scientists want to use the waste heat from the refrigerators in the galley by channeling it into the cabin via an additional air duct. The aim of the study was to determine the optimum combination of volume and temperature of the air in this duct. The researchers also conducted tests to find out the best position of the intake and outlet nozzles. They then improved the acoustic properties of the developed system to increase overall comfort in the galley/door area.

Developments on a wide-bodied aircraft in the test facility

For the tests, the researchers made use of the fuselage of a wide-bodied aircraft in the Flight Test Facility (FTF). To realistically simulate the temperatures of the thermal bridge in the galley/door area, the outer skin of the aircraft was cooled. The scientists then installed prototypes of an air-based synergistic waste heat recovery system in the fuselage and studied how it affected the indoor climate. Is it better to feed a higher volume of air at a lower temperature into the area, or less air at a higher temperature? The researchers measured flow speeds and air temperature profiles at five separate places in the galley and evaluated the equivalent temperatures. They also measured the surface temperatures of the floor, ceiling and door panels. They were thus able to assess comfort on the basis of DIN EN ISO 7730. The result: for both short-haul and long-haul flights, it is more comfortable if less air is fed into the cabin at a higher temperature, as this prevents drafts. For long-distance flights, two air outlets suffice to improve thermal comfort in all the areas measured.

The acoustics of the solution that resulted in the best indoor climate was examined by the researchers in Fraunhofer IBP’s acoustics laboratories. They did this because the ventilation openings in the galley cause noise from the fan to echo into the room. Via sound power measurements on a prototype, the scientists studied how the sound propagates and designed silencers for the intake and outlet openings. They also optimized the prototype, especially the design of the air ducts. The A-weighted sound pressure level could thus be reduced by up to 10 dB, enabling the target spectrum specified by the consortium partner to be met. With the help of the test setups in the flight laboratory and the acoustics test laboratories, the researchers were able to demonstrate that an energy-efficient synergistic waste heat utilization system is both feasible and effective. They specified a prototype with synergistic waste heat utilization, which can now be further developed right up to certification. 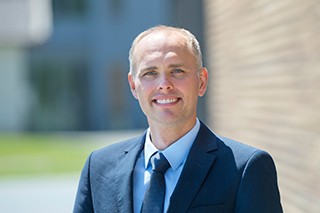