The Earth's climate is becoming hotter and more extreme - scientists no longer speak of the climate change, but of the climate crisis. It is high time to act. The World Climate Conference COP26 is currently taking place in Glasgow. Crucial climate policy decisions are on the agenda: adaptation to climate change, climate finance, and future climate-related damage. Our cultural heritage is acutely threatened by the climate crisis and irreplaceable losses are already occurring. But what exactly does the future look like? Which extreme climate events will affect cultural heritage in Germany? And how can it be protected from damaging climatic effects? Fraunhofer researchers are investigating this in the BMBF project KERES. For the first time, not only a single climate model is being used, but also an ensemble of ten regional climate models. This makes it possible to reliably predict which extreme weather events threaten the historical buildings and gardens and to what extent.

Heavy rain, drought, hot spells - climate change is already having a severe impact on historical buildings and gardens. In the KERES project, scientists from the Fraunhofer Institutes for Building Physics IBP, for Silicate Research ISC, of Optronics, System Technologies and Image Exploitation IOSB and for International Management and Knowledge Economy IMW are working together with the Climate Service Center Germany of the Helmholtz Center hereon and the Foundation of Prussian Palaces and Gardens Berlin-Brandenburg to investigate how the climate is affecting regional cultural heritage.

“While most research teams focus on the current situation, we work with climate models and are the first team of experts to attempt to look into the future,” says Johanna Leissner, coordinator of the Fraunhofer Gesellschaft’s Cultural Heritage Research Alliance. For these predictions, the team uses not only one climate model, but an ensemble of ten regional climate models. This approach enables them to better identify and predict the threats posed to cultural heritage by climate change. “We are breaking completely new ground with this. Until now, no other project in Germany has ever dealt with the effects of climate change and future extreme climate events on historical buildings, gardens and cultural landscapes,” says Leissner, explaining the significance of the project.

The focus is on five extreme climate events: heavy rainfall, prolonged hot spells, prolonged periods of drought, rising sea levels and hurricane-like storms. What climate changes - with a focus on extreme climate events - will affect Germany in the next 50 to 100 years? Where will the gradual increase in temperature hit Germany’s cultural assets the hardest? And what can be done to preserve the cultural heritage as best as possible? The research team is exploring these questions in five case studies. These range from the Speicherstadt in Hamburg to Sanssouci Park and Charlottenhof Palace in Potsdam with its interior by Karl Friedrich Schinkel, Cologne Cathedral and the Bad Windsheim open-air museum with more than 130 half-timbered houses right up to a small pilgrimage chapel in the foothills of the Alps. “The case studies help us to better understand what climate change will mean in concrete terms for different buildings in different climate zones and which parts of them are particularly vulnerable,” explains Ralf Kilian, head of Cultural Heritage Research at the Fraunhofer Institute for Building Physics IBP. We are not only working on issues such as façade damage and increased mold growth in half-timbered houses, but also on challenges that arise in connection with historical gardens - for example, how moisture can be better retained in the soil. Another important aspect is the development of measures for adapting cultural heritage to climate change and repairing damage that has already occurred. For example, the flood disaster in July 2021 also severely affected numerous buildings at the open-air museum in Bad Windsheim. The research team installed “FastDry Technologies™” in the timber-framed houses and studied the drying process. These novel drying modules - developed at Fraunhofer IBP - require around 80 percent less energy than conventional drying devices and can be a great help in efficiently eliminating moisture from buildings.

On October 28, 2021 - just in time for the kick-off to the UN World Climate Conference COP 26 and making an important contribution - the first climate workshop for the cultural heritage community in Germany was held, organized by the Climate Service Center in Hamburg together with the KERES project team. More than 75 participants from all over Germany attended. One of the topics discussed was what climate models are capable of and which climate parameters can be derived from them. “Another discussion was on the data the cultural heritage community need from us and how they can incorporate that into their planning work,” explains Leissner.

As part of the KERES project, the scientists from Fraunhofer IOSB are also developing an ontological data platform. Best practice examples, climate data from the past and modeled climate data are all collected on the platform, as well as the contact details of experts on various aspects. The platform can also be used as an early warning system for cultural assets in a changing climate. “Such a platform is unique in Europe,” Leissner enthuses. The importance of such a central point of contact was demonstrated by the recent flood disaster in July, where precisely this data was not available. “Especially against the backdrop of the coalition negotiations, it is essential that the issue of climate protection for cultural assets during extreme climate events is addressed at the highest political level,” affirms Leissner, who also chairs the EU working group “Climate Change and Cultural Heritage.” This working group recently received a mandate from the Council of the European Union to draw up recommendations: How can cultural assets be made resilient in times of climate change? Here, again, the KERES project’s climate workshop is making a substantial contribution from the EU member state Germany. 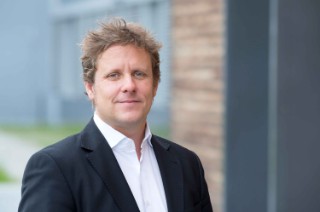