Today, Internet users are able to take a virtual stroll through ancient Rome and to get a fairly accurate impression (thanks to Google Earth) of the way the flourishing city looked around 320 AD when it was on the peak of its development. As if by magic, Roman boulevards are raised from ruins, along with magnificent buildings like the Colosseum, which hosted up to 50 000 people, or the Forum Romanum, where Roman senators used to debate and deliver their great speeches. What would it be like to be accompanied by auditory impressions when taking this journey into the past, if we could actually listen to an address to the people or follow a debate in the Senate? How did they speak, the great orators called Cicero or Gaius Julius Caesar? Could the orators of the Roman Republic even make themselves heard in a crowd of more than 10 000 people without using any auxiliary means like a sound amplifier, for instance? Historians proceed on the assumption that the spoken word, the great speeches delivered in the Senate and the addresses given to the people were essential means to obtain and maintain the power in the Roman Empire. Against this background, an interdisciplinary consortium involving Fraunhofer IBP acoustics experts, vocal coaches, philologists and historians of Stuttgart University combines its specialised expertise in a project entitled "How loud was Cicero's voice?" in order to explore the equally historic and current topic of physical and vocal conditions of speaking in public. The power of speech is still ubiquitous in the media, in economics and politics. Applied to our contemporary time, the findings from this project bear high relevance and promise some interesting new insight. 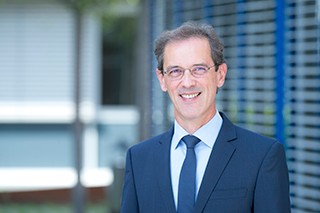